Sculpture in the Digital Age 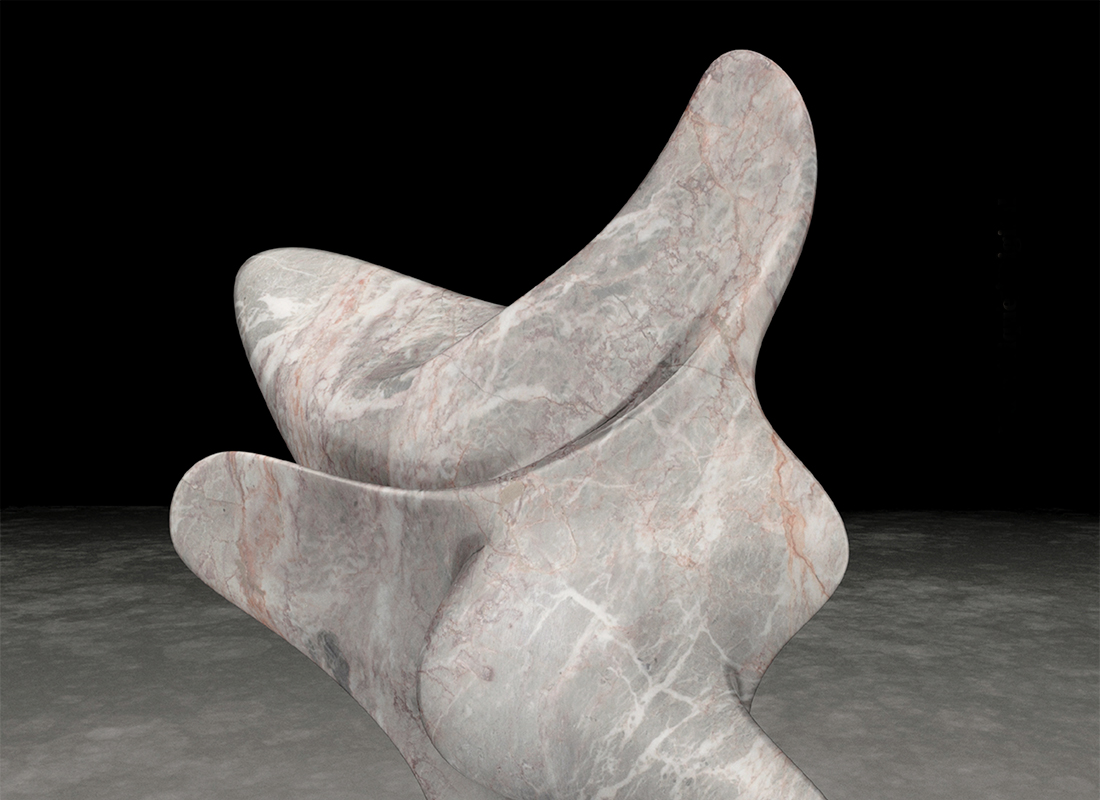 For many, the word “digital” is not always conceptually clear. Used both as an adjective and a noun, its definition is, at times, vague. There is no question, however, that over the course of the past few decades, the digital world has taken over our daily lives. Our various digital devices—cell phones and computers, all equipped with constantly developing forms of artificial intelligence—have dramatically modified the way we interact with those around us, from strangers to members of our most intimate social circles. Still, the digital is more than a mere collection of tools. It is a new way of seeing, experiencing, and understanding the world. It has led us into a new era, one that Stéphane Vial would label as “digital ontophany.” 1 It should also be noted that the digital has played an important role in establishing a new economy, a new method of production, especially where the arts and creation are involved. Several—mostly western—provincial and national governments, Quebec and Canada included, have responded by initiating digital strategies aimed at providing artists and the arts environment in general with better access to what are considered ground breaking digital technologies.

The Canada Council for the Arts (CCA) recently published a report titled The Arts in a Digital World 2 following an in-depth analysis and extensive consultations with several members of the digital arts community. Included were surveys of artists and interviews with organizations that help fund the arts and creation industries. The report follows through with a commitment made within the framework of Shaping a New Future 3, the CCA’s 2016-21 Strategic Plan. Questioning the place of the digital in the arts world is becoming an urgent matter for the CCA, which insists that artists and organizations must “continuously innovate and operate creatively.” In order to take full advantage of the effects of digital technologies on the creation and dissemination of cultural products, artists and organizations must “adapt” and even “recreate themselves.” The CCA also hopes that new digital technologies will allow for more equal opportunities across all of Canada, thus resulting in an “artistic renaissance” made manifest. The potential of the digital age should encourage cultural diversity and a feeling of belonging to a country that believes so strongly in embracing its differences.

The CCA report of course highlights the importance of new tools that encourage the “discoverability” of artistic works—new marketing and distribution platforms could help spread a wider diversity of artistic creation, not only within Canada, but also abroad. Yet the transformation of art through the digital is also at the heart of a certain “culture.” Some may perceive this culture to refer only to a set of skills we must apply, but it has also prompted a significant shift in the way in which we work, communicate, and develop new relationships with audiences. The report references the term “disruption,” introduced by Professor Clay Christensen, author of the book The Innovator’s Dilemma: When New Technologies Cause Great Firms to Fail.4 The word “disruption” thus refers to the ruptures that new digital technologies trigger in the business and trade sectors. The arts and creation industries should thus keep track of these “new business models.” It is precisely this aspect of the report that raises several concerns. The publication does emphasize the desire to help artists and organizations better adapt themselves to new digital technologies so that they may increase their visibility on the national or even international market. On the other hand, it seems to associate itself with the values of this new economy of digital creativity where art, industry, and innovative technology go hand in hand. This ambivalence is visible in the distinction made between works of digital art and works of art produced with the help of digital technology. Though it is not always evident which works should be termed “digital art,” we tend to associate the designation with interactive or participative works that, thanks to their ability to rally for large audiences, profit from the cultural tourism generated by “artist capitalism.”5

It is very much worth putting into perspective this important study of the arts in the digital age, especially since the survey of artists and arts organizations highlights the community’s wish that digital technology be considered as a means and not an end.6 In voicing this wish, is the arts world not reminding us of the importance of maintaining the independence of artistic practice? Artists have always been technophiles, but it is primarily creative freedom that enables them to think critically. As such, they are capable of playing a role in helping us reconsider our realities. In other words, in the face of this new symbolic economy of “social co-existence,” is the role or even the responsibility of art in the digital age to, as Bernard Stiegler phrases it, “produce distinctions”?7

The theme of this volume of ESPACE magazine is called Sculpture in a Digital World, chosen over Digital Sculptures. This title provides a larger space for expressive freedom in the multiple way of guiding creative activity. The selected texts present diverse artistic practices. Some explore the passage from screen to object, and from object to screen, like Sylvie Parent’s analysis in terms of “digital fabrication.” Michael DiRisio’s text presents a work that questions the promises of digital technology in the labour world, and Anne-Marie Dubois’s promotes the recent production of two Quebecois artists for whom the digital has become a new technique at the heart of human creativity. Pieces by Katy Connor and Greg J. Smith analyse works in which the link among art, new technologies, and science proves to be essential for the creative process. A text by Bernard Schütze reviews 3D Additivist Cookbook, a recent work that raises important political and aesthetic questions concerning the use of 3D printers. Finally, this volume concludes with the “Interviews” section. Two conversations are recorded: the first between Nathalie Bachand and the tandem Grégory Chatonsky and Dominique Sirois, and the second between Cliff Eyland and Erika Lincoln.