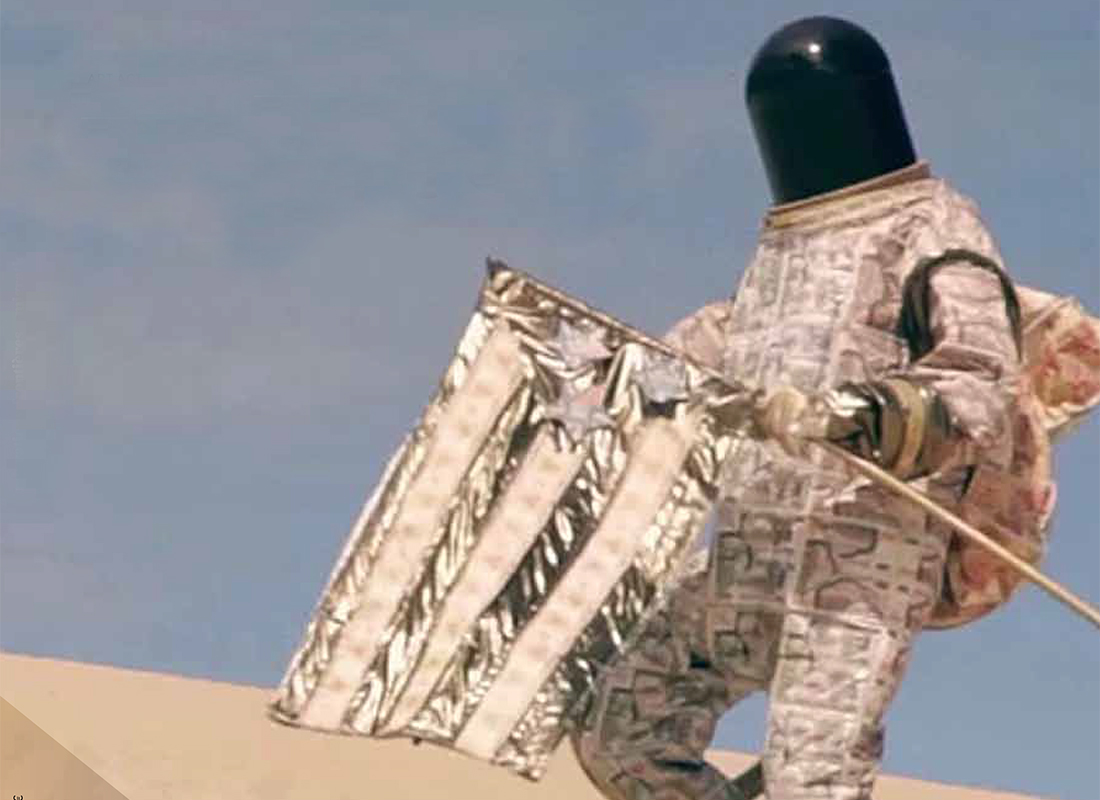 At the mention of human migration, we think immediately of people across the globe who are obliged to leave their native countries in search of safer territory. The reasons for these forced migrations may be political, economic, ethnic, religious, or even, as is more and more often the case, climatic. While most of these migrations have been occurring since the development of nation-states and the establishment of new borders, we must admit that our age has “produced more refugees, migrants, displaced persons, and exiles than ever before in history.”1 Considering the extent of these displacements and in order to circumvent the lucrative market for smugglers, Catherine Wihtol de Wenden, a specialist in international migration, advocates for the right to migrate and the right to mobility, even if such notions are not always welcomed with open arms.2

The arts give a multi-faceted view of the migratory phenomenon. Unlike statistical data, this theme is presented in the form of stories and objects symbolizing the experience of exile. As a visual depiction of both reality and fiction, film offers a particularly rich medium for conveying the hardships faced by migrants. Mati Diop’s short film Atlantiques (2009) is remarkable on this point. A young man from Dakar, looking out at the sea with two friends by an evening campfire, relates his failed journey as a stowaway;3 undertaken in a precarious vessel, his near-fatal odyssey bears no resemblance to that of Ulysses. Despite its risks, the boat is indeed one means of transportation that makes it possible to leave one territory for another. This has been the subject of Cuban artist Kcho’s (Alexis Leyva Machado) drawings and sculptures since the 1990s. These include works entitled Columna Infinita, which feature boats stacked in vertical columns.4 Kcho also makes use of other objects associated with the sea, such as oars; Milagro (2014), in which oars have been assembled in the shape of a cross, plainly embodies the hope of finally reaching a better place.

Algerian artist Adel Abdessemed similarly evokes the metaphor of exile in a work entitled Hope (2011-2012), an immense boat laden with garbage bags cast in resin that one imagines to be filled with clothes. At times suspended in the air, as it was for an exhibition at the Centre Georges Pompidou,5 Hope calls to mind the image of clandestine crossings of the Mediterranean. Barthélémy Toguo’s Road to exile (2008) also pursues the same theme. Surrounded by glass bottles, this work calls attention to the risks with which any migrant is faced.6 The sea is far from being a secure route of travel, especially for those without papers. In the film Clandestin (Stowaways) (1997), Denis Chouinard tells the horrific tale of six illegal migrants confined to a container on a cargo ship. Invented in 1956 for the purposes of boosting international trade, these containers, when used for human transportation, can be deadly. Allan Sekula and Noël Burch’s film essay The Forgotten Space (2010) reveals the history of spaces used for the movement of goods. Its focus, of course, is not stowaways, but rather the migrant condition of workers in the global maritime economy.7

The sea may be a commonly chosen route, but migratory movement also takes place on land, as many artists have shown. Thomas Mailaender’s Les voitures cathédrales (2004), for example, comprises a series of photographs: views from the side and back of various types of cars, each loaded with suitcases, boxes and colourful bags. There is also Bottari Truck, Korean artist Kimsooja’s installation that features a truck brimming with tied bundles.8 All of these “containers on four wheels” conjure images of following road maps, crossing borders and seeking out the warmest welcomes. They recall the migratory journeys described in Bouchra Khalili’s Mapping Journey Project, eight videos tracing clandestine voyages throughout the Mediterranean region. These are coupled with The Constellations, silkscreen prints that turn each voyage into a stellar constellation, freed from the physical and cultural obstacles pose by geographical borders.

In the words of Marc Augé, in the age of globalization, borders “are never erased, they are redrawn.”9 Borders, therefore, are always a factor of sociocultural identification. Yet from a migratory perspective, movement wavers between loss and potential. According to Said’s analysis, exile may well be a first step towards escaping the self. Migration thus fosters a “passage of the subject.”10 A passage that offers hope for new practices of freedom within dual, even multiple, identities. A sense of belonging that contributes to creating a more inclusive society.11

This issue includes articles by artist Michael Blum, who kindly agreed to our request for a personal contribution on the theme of borders as a human construct; by art historian and curator Geneviève Chevalier, who describes the evolution of the Mexican-American event inSite, inaugurated in 1992; by Bernard Lamarche, who analyses some of artist François Morelli’s cross-cultural work; by Chantal T. Paris, who focuses on the oeuvre of Serbian-born artist Milutin Gubash; and by Bernard Schütze, who, based on the diverse artistic practices of Gerald Machona, Tanja Ostojić, Adrian Paci, the Raqs Media Collective and Nadia Seboussi, dares to propose that within migration lies a promise. Aram Han Sifuentes rounds out this issue with a discussion of his work in relation to the condition of immigrants in the textile industry. In addition, Gauthier Lesturgie’s article in the “Events” section presents an exhibition marking the 130th anniversary of the Berlin Conference in which 14 European countries divided up the African continent for its resources.