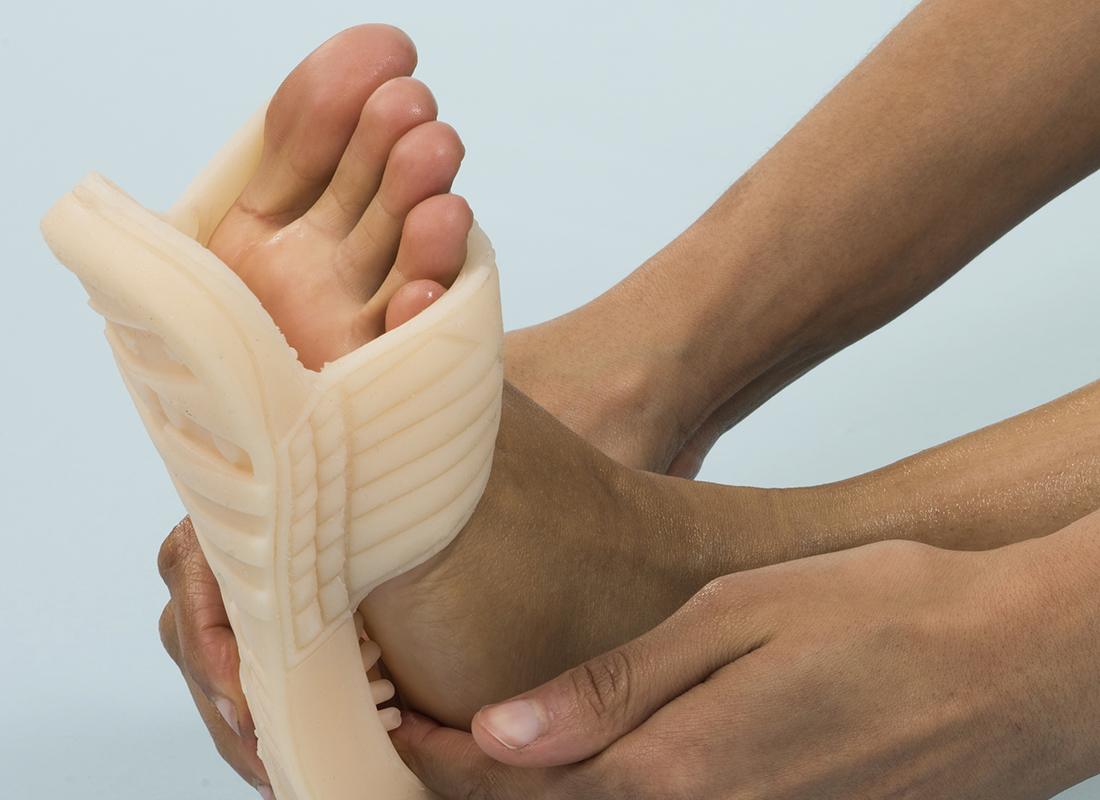 In his posthumous book Confessions of the Flesh (Pantheon Books, 2021), Michel Foucault (1926–1984) analyzes how early Christianity considered sexuality. This fourth instalment on the sexualized body follows the volumes published in his lifetime—The Will to Knowledge (first English edition in 1978), The Use of Pleasure (1984) and The Care of the Self (1986). His study of the body begins in the 18th century from the perspective of what Foucault calls “biopower,” then shifts in the second and third volumes to the philosophers and physicians of Greco-Roman Antiquity, and lastly to the religious approaches of the Church Fathers. In this final work, the experience of the flesh is subject to abstinence, virginity and marriage. While the relationship to the flesh may well be the site of several interdictions in this philosophical-theological context, it remains essential to our subject-being. As a “mode of experience, knowledge and transformation of the self by the self,” the flesh is part of the subjectivity associated with our sentient body.

Etymologically, the word flesh comes from the Old English flæsc, which means meat, the predominant component of the human or animal body, essentially composed of muscle tissue covered with skin. Yet the notion of flesh also evokes skin colour, which is certainly not singular but comes in an infinite variety of tones. Furthermore, in certain expressions, it refers to a person’s physical aspect. Flesh therefore does not only belong to me, but is also identified with other people or groups of individuals. According to the principles of biopower, the living body, the one that corresponds to the flesh, is often subject to forms of control, if not submission. This is true in a religious context, but also when it involves race, gender or various minorities. Cette chair (2017), a work by Haitian-born artist Stanley Février, is one example. The plaster sculpture is a life-sized reproduction of the artist. It shows him clothed only in underwear, kneeling with his arms raised, as though he is being threatened. Coated in white paint, the work implies a negation of his natural skin colour on behalf of one symbolizing the dominant culture. This is the spirit in which this issue’s feature section, edited by artist and Assistant Editor Didier Morelli, reflects on the subject of the flesh. As “a material and sentient understanding of being,” flesh is not experienced through a mode of asceticism. Intrinsically political, especially when associated with diverse cultural communities, we express the flesh through how we understand ourselves, but also through how different bodies of power perceive us.

In Western art history, the physical aspect of the body has long been represented in painting. Often depicted in Biblical scenes, it has been gradually transposed to figures, making them appear more sensual. An expert in 15th to 17th century European art, Itay Sapir writes about the paintings of Venetian artist Titian (c. 1488–1576), which draw inspiration from Greek mythology and are presented in four art museums. Although he also painted canvases related to religious themes, his works that The Metamorphoses of Ovid (43 BCE–17 CE) inspired are an ode to female flesh. Yet for Sapir, they also represent a sexist view of flesh and of the violence committed against the female body. For this reason and despite Titian’s immense talent, it is important to view these paintings “through the lens of our time” and to place the images of the past in dialogue with the art of the present, “particularly when the subject is flesh.”

It is possible that flesh has long been a matter of pictorial depiction because sculpture has mainly been concerned with form. It would take the advent of contemporary art for the exploration of “sculptural skins” to address the idea of flesh in other ways. In her essay, Sarah Moore Fillmore, Chief Curator and Deputy Director of Programs of the Art Gallery of Nova Scotia, analyzes the work of artists Lucie Chan, Janice Wright Cheney, Ursula Johnson, Amy Malbeuf and Sarah Maloney. These artists think of the body “as a site for investigating colonialism, racism and sexism.”They use “the body’s corporeality” to construct new ways of being. Art historian Mehmet Berkay Sülek focuses his article on a work by Iraqi-American artist Michael Rakowitz, presented at the 14th Istanbul Biennial in 2015. Titled The Flesh Is Yours, The Bones Are Ours, this multifaceted work teaches us how the Armenian population has contributed to Istanbul’s urban landscape despite oppression, exile and, ultimately, executions.

In a different context, Tak Pham and Justine Kohleal discuss a few works by artists Azza El Siddique and Jes Fan that deal with a recovery of the body. Through their work, these artists reconsider how our bodies interact with the environment by stripping it of “hierarchies of difference.” To do this, their immersive video and sculptural installations reinvent the flesh as a spatial and fluid material, a porous surface capable of both receiving and transmitting information. Originally from Korea, Fan is particularly interested in the body in the act of transformation. Reproduced on the cover of this issue, the work Soft Goods I (2017) reminds us how prostheses adequately fit our bodies but also show our differences according to social norms. For her article, Luísa Santos emphasizes Brazil’s colonial past so as to highlight the cultural cannibalism that allows artists Denilson Baniwa, Anna Maria Maiolino and Adriana Varejão to appropriate the other’s culture and ingest it in order to make it into something new. Laurent Vernet interviews artist Philippe Hamelin to discuss some of his works, including Carnations (2017), in which the artist transposes the issue of flesh to a digital universe, as though the religious mystery of incarnation would now be situated in the world of new image technologies.

Thus understood, the aesthetics of the flesh takes us into a universe where salvation comes no longer from prescribed rules for an ideal purity, but from our willingness to experience the self in relation to others in our lives. With this in mind, Analays Alvarez Hernandez recalls the practice of Cuban artist and activist Tania Bruguera, who turns her own flesh into a work of political resistance that makes her confront the law enforcement of her country. This resistance to power, whether religious or political, is boldly expressed in the punk aesthetic of drag artist Hija de Perra (1980–2014), whom Julia Eilers Smith discusses in her essay. Smith presents several of de Perra’s actions that involve transgression, in particular the one in which the artist parodies an abortion of a pig’s head. The experience of the flesh, intimately tied to sexuality, is presented here in its most obscene iteration.
Furthermore, according to Smith, “rather than demanding recognition for any particular identity,” the experience of the flesh for de Perra “focused on widening the sphere of action for bodies. It is important to note that this widening requires an excessive aesthetic combined with an ethics of liberated desire.

In parallel with the special features, we are publishing two essays in the “Events” section: Nathalie Bachand’s text on the 10th Manif d’art – la biennale de Québec and Julie Richard’s review of the Venice Biennale. In addition, this issue’s “Reviews” appropriately includes nine accounts of recent exhibitions in Quebec, Canada and Europe. Lastly, ESPACE is always happy to introduce recent works that have captured our attention in the “Books/Selected Titles” section.