Peter Hutchinson – With Nature in Mind 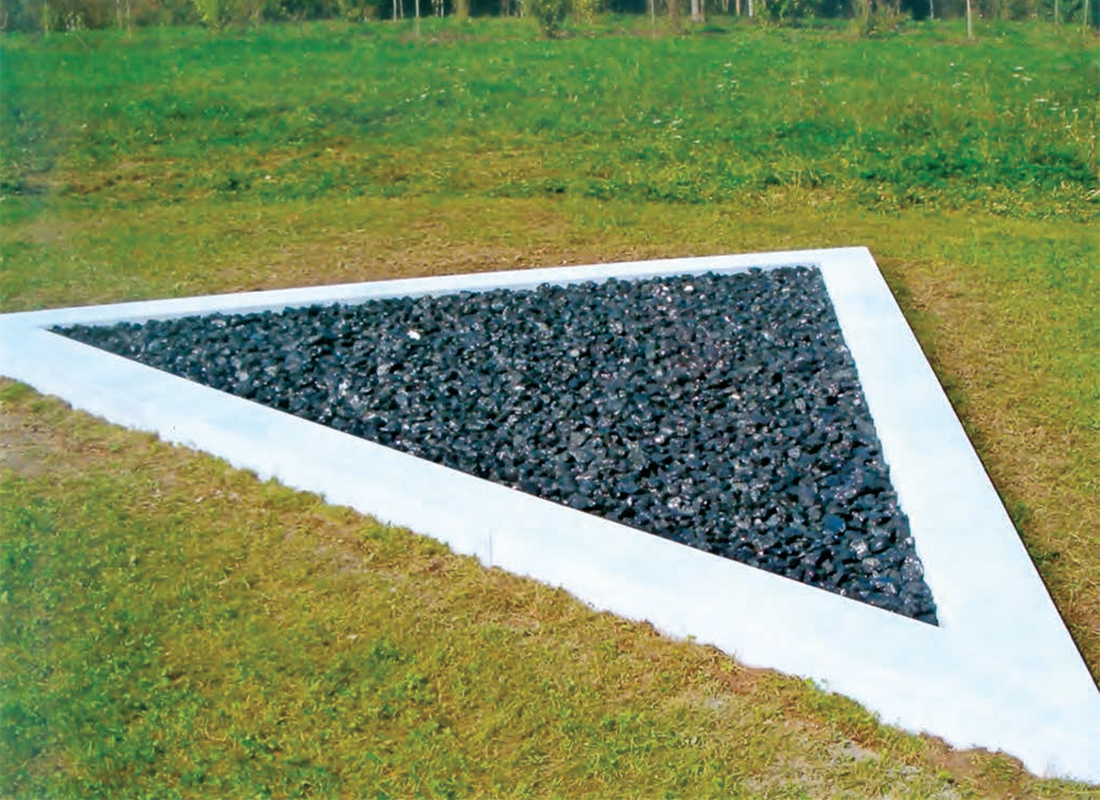 Born in England, Peter Hutchinson began as a geometric painter in close contact with minimal artists Sol LeWitt and Tadaaki Kuwayama. However, Hutchinson turned away from minimalism and conceptualism’s rhetorical bent to follow a more overtly poetic and nature-oriented path. Being British born, Hutchinson shares something with past British poets and painters who had a sense of the land. The landscape orientation and physical commitment of Richard Long, Hamish Fulton and Peter Hutchinson continues in the tradition of the great poets and painters of the 18th and 19th century England, who include John Constable, William Wordsworth, and William Blake.

Peter so nice to meet you. I was wondering if your early outdoor interventions marked a move away from the New York gallery scene?

Peter Hutchinson: Robert Smithson was the one who talked about getting out of the galleries, though he never did. I did not feel that way, but added outside space as a showing opportunity while always realizing that the galleries were necessary. In my case, there was no audience except through photography. The underwater interventions were a way to use unused space that galleries could not access. So nature was the gallery space…

With the Foraging project (1970), I sense you conceived of it almost like a fable, a story, even a narration on experience…

Foraging in a way was a celebration of escaping from the city of New York, where I lived for so long, although I went to Provincetown most summers. The piece included exploration, love of nature and botany, and gave me the opportunity to make works in a pristine environment without changing it. The film I made of this work was in my one-man show at Freight and Volume Gallery in New York this April. My Narrative Art work, where I place the letters of that phrase made from lime dust in different locations of New England, is about those times when people could not read and the bards and poets went around the country telling stories to the people.

I believe the element of chance is important in your art. We see it throughout, in Thrown Rope exhibited at the Stedelijk Museum (1974), the Venice Biennale (1980), Weimar University (1999), in Arp Thrown Rope (2001) and Thrown Rope for Artlantic, in Atlantic City this year (2013). One is never sure what the result will be, and after a throw the lines then become colourful gardens, drawing with flowers…

Yes, I see chance as very important, so that the result is not entirely artificial. Some of it is beyond the artist’s control.

And can you tell me about your various collaborations with Dennis Oppenheim?

I met Dennis in the late 1960’s in New York City during his show of models at John Gibson Gallery. During my subsequent show at the Gibson Gallery, John Gibson found a collector who was willing to back my underwater projects. Dennis joined me in Tobago, where he constructed one underwater piece and others on the beach and sea surface. Both Dennis’ and my work from this trip were exhibited in a two-man show at MoMA in 1969 called Two Ocean Projects.

The following summer we were both offered the opportunity to make art in Aspen, Colorado. We worked in the mountains on separate projects. One of mine was called Continental Divide, where I laid rocks in a line dividing a large snow bank. Another of my works from that time is Dissolving Clouds, where I tried to dissolve a cloud with thought. Whether I caused it or not, the cloud did dissolve and I photographed it happening. Phyllis, Dennis’ wife, was sitting near by and I said to her. « …is this too easy for an artwork? » Her reply was that sometimes seemingly easy ideas are the best. Dennis and I were very early users of colour photography as art.

What about this idea of an art that cannot be seen—the underwater project in Tobago, Antilles, where you set five gourds onto a rope nine metres under water. And you made other underwater installations using oranges, onions, coal, roses… and more recently in 1996 in St. Barts, West Indies. The environment and the earth become a living museum or body you are dialoguing with. In this way, art cannot be always witnessed or put in a container /forum / landscape / gallery…

Like so many temporary installations where there was no audience when they were completed, they could only be shown as photographs. I found myself at odds on occasion with my contemporaries who made permanent earthworks and therefore denied the legitimacy of photography in this medium. Tom Wolfe’s book The Painted Word mentions a work that I did for the show at Loveladies (New Jersey, circa ‘69), where I had prepared bags of bread mould attached along a 15-foot rope. My plan was to swim out to sea and with bricks tied on either end of the rope, to sink it to the bottom, where it would form an arc. Dressed in a scuba outfit and all alone, I began to back into the surf but had second thoughts because it was very rough seas. So I paid two nearby surfers to take the piece out and drop it for me. Thus there was not even a photograph to prove this ever happened or existed. Wolfe considered this to be the ultimate example of the de-materialization of art, though this may not be the exact term Wolfe used in the book.

It must have been quite wonderful to make art in the land before Land Art had become a genre… With works like the Paricutin Volcano Project (1970) in the Mexican state of Michoacán where you brought 450 lbs. of crumbled bread and set it up along the volcano’s perimeter to witness the interaction and mould growth that resulted… Did the Paricutin Volcano Project naturally develop out of earlier project actions or did you produce it on the spot, an action in the here and now without any planning?

The inception of the Paricutin Project is an interesting story. TIME magazine had heard from John Gibson about my desire to take on this project but as an artist with limited resources, I was unable to get the project moving. TIME offered to fund it provided they were permitted to publish the photos. I agreed to their terms, as this was the chance of a lifetime.

The Paricutin Volcano Project was carefully planned and researched to find the best possible location. The volcano was dormant, but still emitting gasses through fumaroles. This allowed me to get to the edge of the crater where I laid crumbled bread for roughly 100 yards. The bread was dampened by the volcanic steam and covered with thin plastic to trap the moisture and heat. I returned six days later, removed the plastic, and photographed the bread and mould that had grown on it. The next day, I rented a small plane and photographed the installation from the air. There was no sign of the installation when I returned one year later.

And so perception comes before the concept or do they occur simultaneously?

I think both happen.