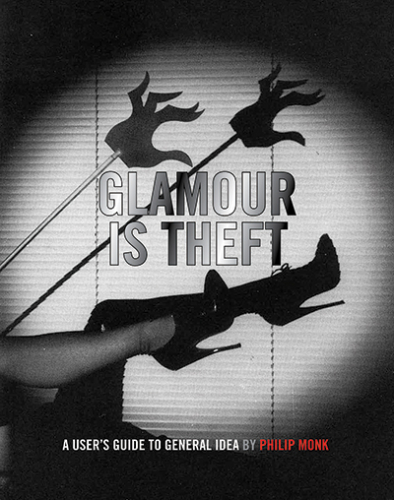 Hard covered and fully illustrated with black and white photographs, diagrams and excerpts of the FILE Megazine, the book retraces the chronology of what was seen as a fictional mirror and an organ of communication within the Canadian art scene during the seventies. It is also a guide to their project The 1984 Miss General Idea Pavillion – or could be seen as a guide to General Idea’s concepts. The book concerns the first ten years of General Idea’s work and it falls into three parts : descriptive, analytic, and synthetic. There is no locical entry to the book, readers are free to start with the narrative of Part Two to Part Three and then to Part One.