The Miniature and the Boundless 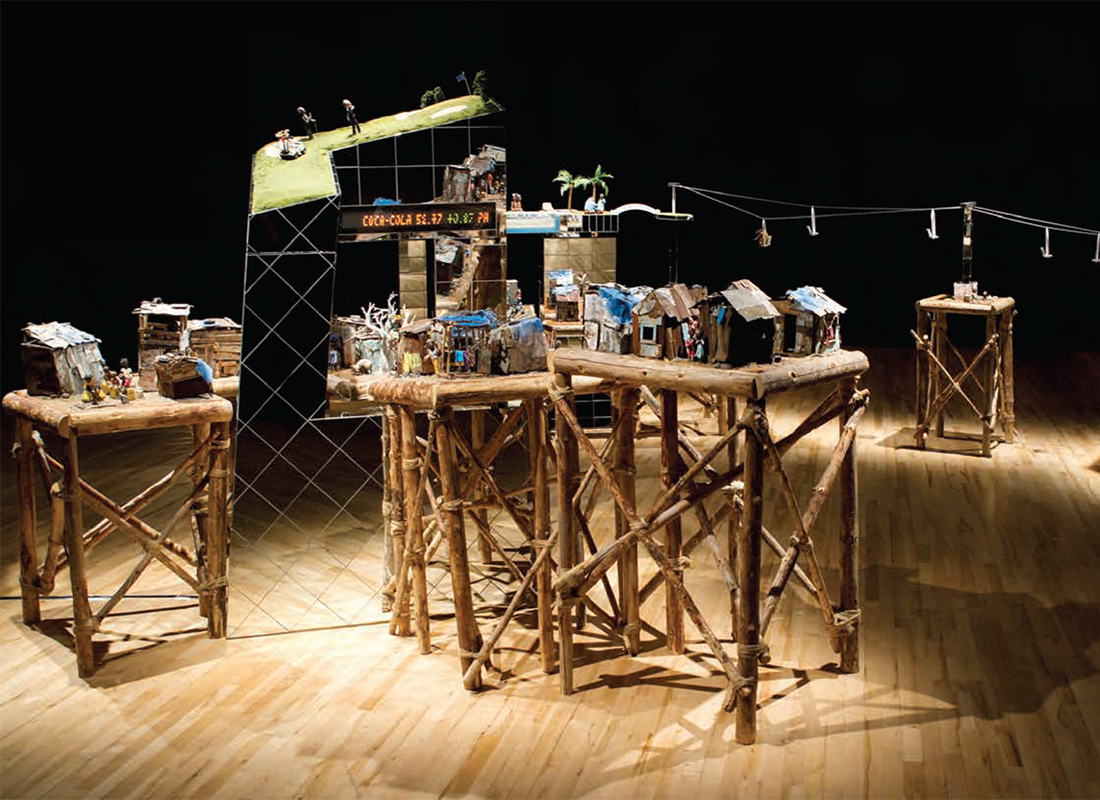 An Era of the Boundless?

Defining the boundless is not an easy task—actually, it is almost as dizzying to think about it as it is to experience it. One can sometimes grasp it as the infinite (literally without bounds) sometimes as excess (implying the overstepping of whatever limit), and sometimes as the incommensurable. It is in this last sense that we will envisage the term here. In other words, as an immense, elusive dimension with limits that are hard to make out or imagine. Quasi-infinite, one could say: something that is grasped as being beyond any possible measure in the here and now by someone who experiences it. Understood as such, the boundless remains highly relative and always potential; it is not based on fact but on lived experience; it describes experience (the relation) and not the object.

The incommensurables with which it is linked seem to be multiplying and intensifying nowadays, and this to such an extent that one begins to wonder, like the philosopher Étienne Tassin, “if this boundless […] has not become the unique and impossible ‘measure’ of our world:”1 elements that are a thousand times smaller than a thousandth of a millimeter (the nanometric) no longer follow the laws of physics of the world on “our” scale; exoplanets that are several billions kilometers away, and which we can see nevertheless and “hear;”2 the entire world (or almost) is translated into 0 and 1 (the binary code underpinning all digital technology), “hosted” on the servers of a Network that is over a trillion pages in size; data that traverses thousands of kilometers in several fractions of a second via this same giga-Network; daily flows of capital and budgets that are “expressed” in billions of dollars… Our technologized and globalized world seems to be effectively proliferating “new” forms of the boundless, all of which are equally dizzying.

From the Miniaturized Boundless to the Boundless Miniature

Though a great number of contemporary miniature works counteract the boundless forms in a society marked by rapid changes on a potentially dizzying scale,3 this phenomenon is nevertheless something that is not unfamiliar to these same works. It is precisely this realization that led me from a consideration of a “miniaturized boundless” to that of a “boundless miniature,” and to take a look at practices that both overthrow and redirect some of the incommensurables at the core of our technologized and globalized societies.

In fact, many contemporary miniatures, formally and/or semantically, play this bigness game, this “implementation of the Immense”4 that is the boundless. Tensions involving size and scale traverse these works, increasing their complexity and introducing phenomenologically and conceptually rich dualities. The manifestations of these boundless miniatures are numerous and bring tensions into play that interest us in various ways; we will focus on three of these here.

Among those that can be qualified as “colossal microcosms” (or “monumental models”), there is Karine Giboulo’s Village Démocratie (2010—2012), a work that has been shown widely these days,5 and which has grown with each exhibition through the addition of new “overurban”6 zones. The miniaturized megalopolis, in which slums abound around and through opulent hotel and corporate complexes reminiscent of Dubai’s exuberant architecture, unfolds on close to three hundred square feet. Though this is a miniature world, calling it “small scale” seems inappropriate. Actually, the dimension and scale compete so fiercely with one another that the term “miniature” should be reconsidered.

But beyond these tensions between size and scale — between which the viewer is torn—Village Démocratie focuses on the central manifestations of the contemporary boundless: the city (and its hypermodern version, the megalopolis), overurbanization, overconsumption, overdevelopment, virtuality and the boundlessness of capital flows as well as the staggering gap in wealth distribution (the image of which is translated through stock market indexes that “soar” above the slums, and proliferate in the reverberating mirror surfaces, which overhang them). The work’s form and content thus come together and reinforce each other, multiplying the incommensurables and the size and scale tensions to be experienced and thought about. This is similar to Chris Burden’s Metropolis II: a kinetic model of a “high density” futurist city, a real hive of activity in which miniature cars weave between skyscrapers, mosques, overpasses and residential complexes that are strangely unsettling in their self-propagation.

Not unlike the colossal microcosms, the “all-over miniature” format is marked by bigness. These miniature installations accumulate an abundance of minuscule elements (which are formally rather homogenous and in a sense become pictorial units) completely covering one or several surfaces (floor, walls, ceiling). In this regard one can mention Antony Gormley’s Fields (1998-2002), which consists of miniscule multitudes made up of sculpted terra cotta figurines filling entire rooms, one such room was shown in 1993 at the Montreal Museum of Fine Arts. Or Hema Upadhyay’s often immersive works, such as 8 feet x 12 feet (2009) and Think Left, Thing Right, Think Low, Think Tight (2011). The latter work, exhibited at the Centre Pompidou over the summer of 2011, required the viewers to become involved with two models of slums raised vertically from the floor to form two immense walls. Stretching from floor to ceiling along their whole length, the models created a narrow passage, a cramped space reserved for the viewer. This vertical, monumental and immersive version of the “model” object radically inverts our usual perspective of looking down and over it. Rather than “dominating” a scene comprised of small and fragile objects, it is the four-metre high scene that juts out over us in an almost threatening manner. Here again, the minuscule and monumental compete with each other, placing the viewer in an unsettling and ambivalent position.

Miniature Objects of the Boundless

It is an entirely different case for works that consist of small scenes in limited dimensions, which nevertheless contain an immensity. This applies to a set of scale models Guillaume Lachapelle created, which though they remain true to their small scale also open onto an outside space that is seemingly endless. The works Fissure (2009), Évasion (2010) and Livre (2011), which share the motif of the “infinite library,” can be seen as other minified spaces of the boundless: those that make up knowledge and, by extrapolation, data, the network and the digital, which are often contrasted with the book in print form. The technical process Lachapelle uses for his works—3D digital printing—reinforces this extrapolation and this tension between traditional knowledge conservation modes and those ushered in by the digital. But regardless of whether one thinks of the immense library that virtually contains all the books on the planet or the Network, which “stocks” an unimaginable quantity of texts, both are equally likely to generate a sensation of submersion, and both appear to be boundless. Once again, form and content feed this tension between the miniature and the boundless in which the latter is first linked to the referent and then formally extended through the abundant repetition of the book motif on the shelves and through the “vanishing point” that suggests an endless abyss.

Towards a Typology of the Boundless Miniature

Through this focus on the tensile co-presence of the miniature and the boundless within contemporary sculpture and installation works, one can begin to sketch a “typology” of the boundless miniature, which calls for a dialectical rather than dichotomous approach to the notion of scale, i.e. of the big and small in the visual work. Is the miniature not, as Bachelard said, “one of the refuges of greatness?”7 Something many contemporary artists have taken up literally in giving shape to this apparent oxymoron that is the boundless miniature.

Marjolaine Arpin is completing an MA in art history at Université du Québec à Montréal. Her research focuses on the tensions in certain miniature-scale works and their link with “new” forms of the boundless that characterize our globalized contemporary society. In the fall of 2010, she published a first article on this subject in the magazine esse arts+opinions. Since January 2010, she has been collaborating with the magazine Spirale, in addition to writing presentation texts for exhibitions.