The Great and the LITTLE World: On the Scale of Excessive 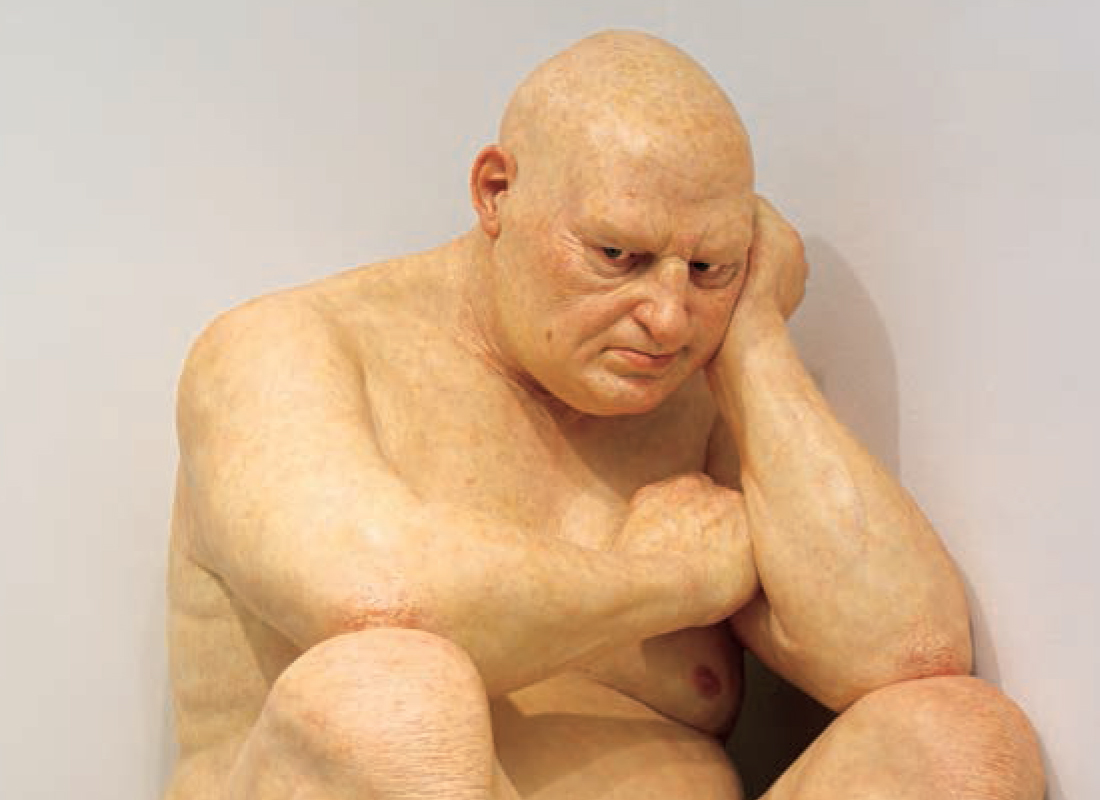 Undoubtedly philosophers are in the right when they tell us that nothing is great or little otherwise than by comparison.1
– Jonathan Swift, Gulliver’s Travels

Endlessly amassed, the dwarves, midgets, small things, miniatures and other diminutives have yet to reach the level of his shins, and for good reason. The GIANT is MORE than the SUM and its parts. “Almost too big for representation,”2 but obstinately present in the human psyche, we had to reduce its size and sheer power to a more manageable level. We’re told that at the dawn of time, the Titans and Olympians waged a terrible war for power. Zeus tossed the huge Titans into Tartarus and so stirred the anger of Typhon and the Giants who rose up to avenge their ostracized brethren, chasing the belligerent gods and their allies to the ends of the universe.3 Thus began an interminable conflict among the larger than life, with human beings becoming pawns in the time-space of the world above.

And, we are told — since one myth begets another — that in the course of that great celestial battle between good and evil, some giants took on the guise of enticing angels in order to seduce the most beautiful women in the world who then would give birth to monsters,4 from whence arose the subsequent fear of any kind of hybridization. Incensed by the abominable degeneration of his human creations, Yahweh sought to exterminate the colossi with the Flood,5 from which only the most resilient would escape; those Moses — at great pains —was able to bring to heel.6 Despite this, the Biblical giant with feet of clay lost none of his magnificence when he was torn into fragments because each of his parts would engender a great empire.7 Indestructible despite its troubles, the GIANT, in his many forms, has traversed mythologies and legends, inspiring poets, bards, painters and sculptors obsessed by the “excessive.” 8

It is not surprising that art history has taken the Athena Parthenos and the Zeus of the Olympian Temple as models of classical antiquity, presuming them to be the products of Phidias’ hand (5th century BCE), even though only Roman copies 9 remain. Mathematicians, physicists, architects, historians and artists, trusting the detailed descriptions of the chryselephantine statues left to us by Pausanias 10 alone, have designated the golden section with the letter φ (Phi for Phidias). And, since legends die hard, we also speak of the Colossus of Rhodes (built circa 280 BCE) with great admiration. Likely designed by Chares of Lindos for the greater glory of Helios, son of the Titan Hyperion and the Titaness Thea, no one has seen the statue since it was destroyed in an earthquake some sixty years after its construction. But that didn’t keep it from being named the sixth wonder of the world! Indeed, perhaps because of its disappearance, and due to oral tradition’s tendency to exaggerate facts and nostalgically inflate the prowess of heroes — its head haloed with glittering rays, its feet resting on either side of a jetty and one arm raised bearing a torch as a sign of protecting the port of Rhodes — has given rise to fabulous representations, not the least of which is the Statue of Liberty (F.A. Bartholdi).

Like the gods, giants paradoxically command both fear and admiration. We might neutralize them for a while, but they regularly return to haunt the imagination in its quest for sublimation. Ovid notably recalls that they brought forth mountains after waking alive in a mass of stone.11 Many artists found inspiration in this regenerative metamorphosis, among them Jean de Bologne with his Apennin, installed in the garden of Villa Pratolino circa 1580. Petrified in the mineral matter of a still forming hillock, the mirabilia depicts the crucial moment of the giant’s emergence in perfect osmosis with his substrata, and does so at the heart of a wonder-inspiring, fantastic landscape. Centuries later, reappearing in a similar concordance between nature and symbol, the four great American presidents, G. Washington, T. Jefferson, A. Lincoln and T. Roosevelt, sculpted by John Gutzon Borglum at the start of the 20th Century, magically rear up on the heights of Nevada’s Mt. Rushmore where they watch over an immense, nearly uninhabitable, landscape far removed from any mean-spirited political belligerence.

If sculptors can command giants, it’s because they know how to master history —and consequently, time — and are able to suspend or reverse it. Michelangelo gave the example with his oversized David, of whom we cannot be certain whether he is courageously preparing himself for battle or is already the conqueror of a Goliath who — at any rate — has been reduced to “absence.” We only temporarily cast out the giants through the inflation of the little. And we know that since then mastodons have proliferated: sometimes limited to a mere metonymic fragment that in no way alters their majesty (César, Le Pouce), and in other cases, isolated and desolate at being so huge (Ron Mueck, Big Man). But it is perhaps in David Altmejd’s Pantheon that they arise in all their magnificence, despite — or because  of — the multitude of fine mirrored surfaces and heteroclite objects inhabiting them and defying the spatiotemporal harmony of a blasted-apart ALL that’s blown EVERYWHERE and NOWHERE at the same time, like a two-way loop headed for a non-space that both precedes and follows the existence of time.

So, though our times generally aspire to order rather than chaos, colossus and pumilio didn’t meet just yesterday. Their confrontations have punctuated history since antiquity: the one seeking, at any cost, to tame the other without ending him, since — to ensure the stability of an unending universe — the continuity of the great world depends upon that of the little and vice versa.12 Though our own day seems to know no other rule of social equilibrium in either arts or sciences, the most important revolution of recent decades has been to replace the polarization of these antagonists, embedding the infinitely small and the infinitely large in unique but discontinuous spaces, whether gargantuan or microscopic. One of the most radical examples of such amalgamation is no doubt transgenetic art, which is encapsulated in miniscule hermetic spaces barely visible to the naked eye, and which incubate nothing less than the new organic genesis now developing.

Obviously, we are proliferating so-called miniature works; however, the accumulation of objects frequently overflows into a monumental cabinet of curiosities in which the private and the public, the familiar and the strange, cross paths haphazardly. We are in the age of gigantism: megacities, mega shopping malls, mega exhibitions 13 and mega sculptural installations. And the minimized Lilliputian gaze can always get excited before such opulence.

In this collection of essays, the authors take on precisely this concept of the excessive, questioning the ways in which the immense and the tiny are combined in sculpture and installation (Manon Regimbald, Marjolaine Arpin) and in architecture (Alessandra Mariani). Their reflections, interrogative rather than assertive, lend breadth to the close analyses of specific cases, in which a broad philosophical and social picture is considered.

The proof: the terms, recurring throughout these texts such as disorientation, jostling, vertigo and floating, are all symptomatic of the opening up of works TOO tensive to be understood without concern for their symbolic weight in view of our daily life, which is never quite finished expanding…

Nycole Paquin, holds a Ph.D. in semiology and teaches in the art history department at UQAM. She has published many theoretical texts and articles in specialized journals, her approach being informed by cognitive science and visual anthropology.