Atlas of Movements: the Montreal Walks (interview with Christoph Fink) 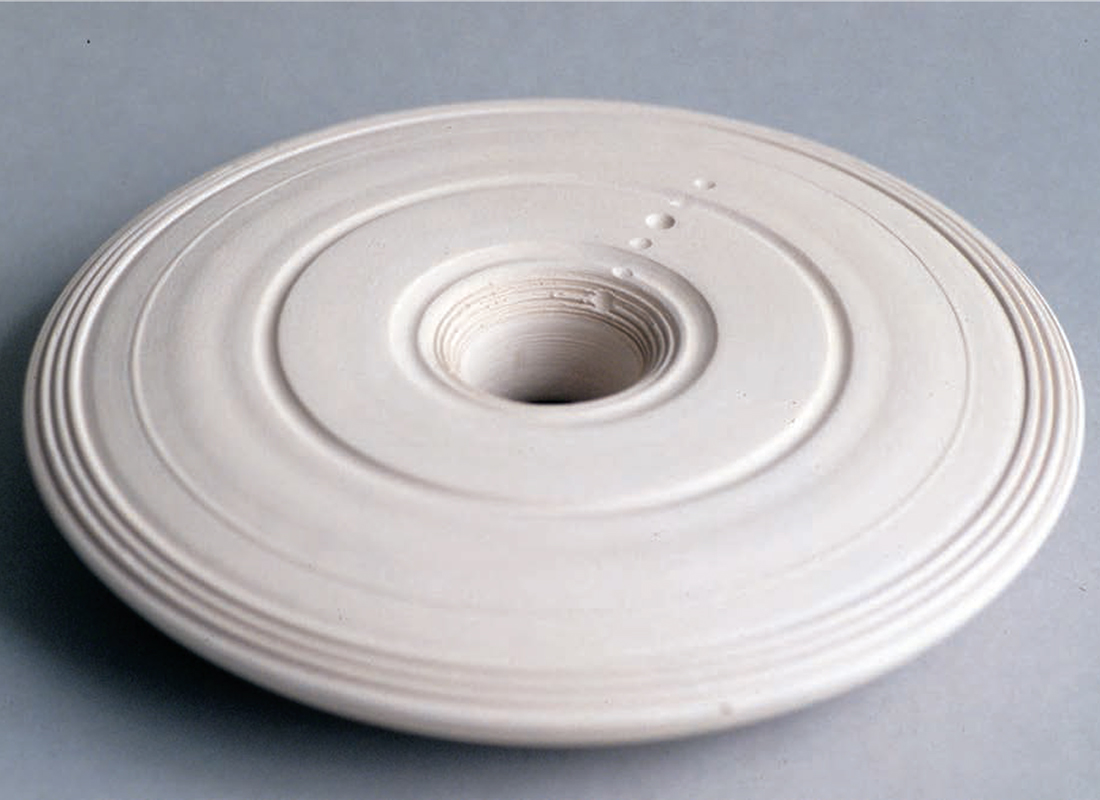 In 2008, you were in Montreal to carry out a project titled  The Montreal Walks. You previously had done similar projects, such as The Istanbul Walks and  The Frankfurt Walks in which you produced a map, at your rhythm, of the territory you travelled across. Could you tell us what brought you to Montreal?

Christoph Fink: Actually, I can work anywhere because my field of study theoretically covers the whole Earth. But, in practice, I respond to invitations from museums, artists and curators. I also carry out my own projects, producing itinerary for various geographical areas. When I accept the opportunities that are offered to me, I try to cover a maximum amount of space in a minimum amount of time. I have in fact crossed Frankfurt, Istanbul, but also Cleveland, Ohio. As for Montreal, the journey I carried out through the city’s territory was the result of an invitation from Galerie VOX to be part of the Espace mobile exhibition.1 This trip enabled me to cross the island of Montréal in all cardinal directions, from one end to the other, thus creating a relationship with the St. Lawrence River and Mount Royal, the only high point in this magnificent inhabited plain. Some of the documents of this walk, such as a ceramic sculpture, were presented in the exhibition, which took place several months after the first trip.

Could you explain the process of creating your cartographies? For instance, when you cross the Montreal landscape how do you record the data that is available to you as a traveller?

From my first trip, I understood the importance of noting the coordinates of space and time. To literally inscribe oneself in space and time has great poetic potential for me. This is how I developed a method of working that is first and foremost “chrono-geographical.” It’s only later that I named and numbered each trip as a “movement.” Regardless of whether the journey is undertaken on foot, by bike, train or plane, the route is often a way to develop mathematical diagrams based on what I drew beforehand on the maps. I am fascinated by the way in which these diagrams are transformed or deformed by circumstances. For example, in Istanbul, I crossed the Bosporus diagonally and then crisscrossed the city, moving concentrically, walking through unplanned urban zones. Like in Montreal, my primary interest is in the physical landscape (mountains, rivers, valleys, plains…) and how this shapes the city. I try to understand and sense why a city is in a precise place, where the tension points are, how people think and how things are done. To sum up, what interests me is something I could call the city’s rhythm.

You speak of “chrono-geography,” could you explain?

One of my methods consists in timing, in fixing time with a chronometer. Time — this conventional abstraction that gives us a grip on the surrounding chaos (or the absence of order) — provides me with an seemingly objective space. For some time now, it has also allowed me to situate my work in certain broader narratives and timeframes, and to expand my comparison models. My notational method is thus a means of applying a certain structure, an order that lends itself to reflection; or rather, something that lets me enhance the experience of time and space. All the stages between “here” and “there” are important. The goal is to precisely document all these stages by jotting down my impressions in short notes on paper and then transforming them into drawings, diagrams and sometimes into sculptures. I make meticulous on the spot notes of what I see and perceive regarding the landscape, travel conditions and my sensations. The combination of all these aspects leads to a travelogue in which the external factors are linked to a certain introspection. In other words, through my personal observations I try to recount something that goes beyond my experience. I extrapolate something from this that may also have a meaning for human beings who live in spaces that are always particular.

If I’m not mistaken, most of the walks you take are recorded in books having the generic title Atlas of Movements – Atlas der Bewegingen. Your experiences of the territory also take the form of books that record and list the various itineraries you have carried out. Can you explain what these books consist of?

During preparation for the survey exhibition of ten years of journeys shown at Middelheim Museum in Antwerp, in 2000, Atlas of Movements emerged as the title. I liked the musical notion of the word “movement”— “bewegingen” in Dutch — and I immediately thought that each trip fit well with this idea of movement and motion. Since each trip corresponds to a “movement,” all the trips completed up to this point have therefore led me to develop the Atlas. This is why, today, I consider Atlas of Movements as the overall title of my work, which includes all of my actions, i.e. the trips, but also their materializations in sculptures, drawings, photographs, sound documents, books and of course exhibitions. The book put together for this exhibition is the first in a series of three volumes published up to now.

From February 23 to May 6, 2012 you actually presented an exhibition called Atlas de Bewegingen – Atlas des Mouvements at the M Musée in Leuven. What awaited viewers at this exhibition?

The exhibition was initially an initiative of the M Musée and the Commission d’art contemporain de l’université catholique de Louvain. This exhibition of my work was presented in two segments. First, it was part of an homage to the humanist and cartographer Gérard Mercator (1512–1594), celebrating the 500th anniversary of his birth. While studying Mercator’s works I stumbled upon his first creation: a map of Palestine. Intuitively, I had a certain affinity for this map. Faced with this original Mercator map of Palestine (on loan from the Bibliothèque nationale de France), I exhibited one of my recent works The Palestine Walks (2009-2011) in this context. This is movement number 97. The work is a draft for a broad study of the history of the Middle East and inevitably the world. As always, I begin with my own experience. It’s essential for me to walk through the terrain, to look at it, size it up and feel it. This is the basis of my thought and the foundation of my artistic work. In the second segment, I wanted to reveal the underlying layers of my work method. Since my entire work functions like an archive, a sort of database, I hence showed my archives. I selected certain lesser-known aspects, for example, my archive of analog images, my sources of inspiration, my childhood drawings, a part of my video archive, my sketches and personal notes. In concrete terms, most of this material was shown in display cases along with video projections, while maps used during my trips were placed on the walls. Actually, at the M Musée in Louvain, I presented the origin of my work and my passion for thought in terms of traveling and movement.

You mentioned the Flemish geographer and mathematician Gérard Mercator, how is he important for your work?

Unlike me, Mercator almost never travelled. But he considered it important to bring myth to bear on reality and to confront biblical Palestine with authentic travel narratives. One can call this an indirect empirical method. The map that he deduced using this method sets the tone for his work: man takes (or takes back) things into his own hands. The new projection method that he developed is significant of course and I follow in this line of study. He’s the one who introduced the word “atlas” to cartography. But beyond its cartographic value, Mercator’s work also had considerable political impact. The political aspect of his work has to do with the new ways of thinking he put forth, which caused him problems. With the new ideas of the period, people were beginning to question faith as the only frame of reference and the Church as the sole centre of power. Besides his contribution to the development of cartography, Mercator played a primordial role in the humanist movement. He lived in a period when man was becoming increasingly aware of his place in the universe and was developing methods and technologies with this in view. In my mind, we are now in a similar historical moment due to a number of emancipatory movements. We are trying once again to find our place in a world in which a rampant production system is crushing humanity.

It seems to me that in your work, you think of the world as one territory: a way of thinking that is embodied in your ceramic sculptures.

After twenty years of work, my cartographic body of work is beginning to take shape. I am now getting a sense of the reason behind all these meticulous narratives and how they partake in the cartographic field. Cartography appears to me as a widely underestimated form of conceptual art. It helps us to find our way in daily life and broadens our horizons. My cartography is about rereading our environment and constantly searching for new perspectives. From this point of view, my work in ceramics is in fact exemplary. This work came into being for an exhibition on the history of the Earth. I was looking for a new way to create an image of the Earth. I had already pondered the idea of doing something with ceramics for quite some time and the connections between ceramics and the Earth are obvious. Instead of the current globe form, frequently projected in the shape of a ball, I developed a disk that contains all of the Earth’s time (4.5 billion years). I linked time and space in a single form. The notion of the future is particular here: the calendar goes from year 1, at the exterior edge of the ceramic disk, up to the present on the inner side. I left an opening in the centre to indicate the future; this, in a way, allows one to see the potential of future time, and by analogy how we look at the star-studded sky, when in fact we are contemplating the (often very remote) past. Subsequently, I understood that I could apply this space/time model to various theories of history and to my movements, my journeys. In choosing a geographic orientation, I can break down all kinds of trajectories and movements (political, economic, cultural…) in spatial and temporal terms (literally and figuratively). In changing position, one can view the same model from a completely different perspective. Finally, several years ago, at the same time as this disk, I began developing rotating objects: sculptures that rotate on their axis like a vortex. Often associated with sound compositions, they bring together a range of information about history, inhabited places and the territory. This is a new and exciting course of research, which enables me to superpose different times and spaces and which, like my ceramic work, invites us to go beyond the informative aspect and take pleasure in aesthetic language.

The artist Christoph Fink concentrates his activities in Brussels. As well as numerous exhibitions, talks, performances and publications, his works have been shown at the Venice, São Paulo and Istanbul biennales, at Manifesta 4 (Frankfurt) and in renown art institutions such as Witte de With (Rotterdam), S.M.A.K. (Ghent) and the Drawing Center (New York).