Conservation, a Collaborative Act between the Artist and the Conservator 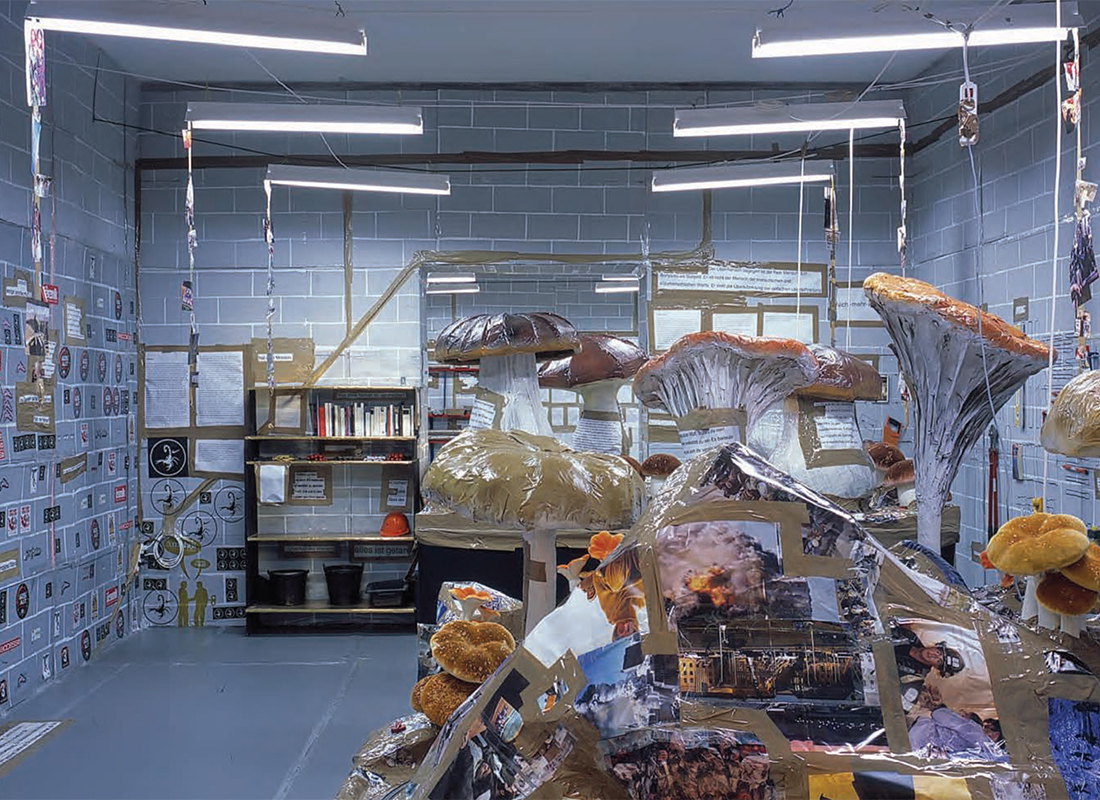 The activities of conservation professionals are traditionally based on preserving the original materials of a cultural property.1 The principle of this activity closely allies the notion of an object’s original material integrity with that of its authenticity; this is what the articles in the Dictionnaire encyclopédique de muséologie indicate on the subject of restoration. A concrete application of this view can be found in the obligation of the Code of Ethics of the Canadian Association for Conservation, which stipulates that the conservation professional must respect the original intention of the creator of the cultural property and be governed by an informed respect for the integrity of the property, including physical, conceptual, historical and aesthetic considerations in all of his or her interventions.” 2 This recommendation evokes Cesare Brandi’s restoration theory, which has guided the establishment of restoration and conservation training programs. This theorist defined the activity as follows: “Restoration consists of the methodological moment in which the work of art is recognized for its physical being and its dual aesthetic and historical nature…” 3 Furthermore, he asked restorers to conserve its original material state, because, as a trace of the creative act, it is the vehicle of the work’s historical meaning; and by preserving this state, they can ensure the long-term survival of the artwork’s artistic value and the authenticity of the aesthetic experience associated with it.

Contemporary sculptures that have a potential variability challenge this concept of authenticity based on an artwork’s original material integrity. This variability occurs in various ways: it can be part of the ephemeral nature of the materials, technological obsolescence, or through the contingent relationship of a sculpture to its exhibition contexts. These manifestations have led museum professionals, among them restorers, to think about the norms and conventions that are the basis of their professional activities. Must they be opposed to any modification of the original state of three-dimensional works so as to conserve the material traces of the socio-cultural context from which they originate, or must they instead preserve a work’s conceptual identity, which refers to the artist’s intention? What physical elements of a works must hence be favoured to safeguard its integrity and authenticity? The answers to these questions given in presentations at colloquia or published in articles indicate that restoration professionals a attempt to maintain a balance between conserving a work’s original materiality and respecting its variability.

Several years ago, Pip Laurenson, who was the first new media restorer at Tate Modern, proposed that restorers replace the notion of an original material state with the concept of an artwork’s identity in order to account for the specificity of media installations in which the display modes are not the same as those of conventional monolithic sculpture. She ascertained that they take place over a set time period and that they associate the physical features of sculpture with performance components; moreover, since the technical equipment they use may become obsolete, they are often subject to technological migration or emulation. In order to come to terms with the variability of media installations, Pip Laurenson encouraged her colleagues to undertake a collaborative process with the artist, and to document the elements that make up a work’s identity. Elements that at once involve its material components, its technical function, its display modes and the intended aesthetic effect. She highlighted the normative scope of this documentation by considering how applying the prescribed information should guarantee the authenticity of a work’s showing. Moreover, she recognized that the identity of a media installation is not necessarily stable, since it can be built up over the course of its re-exhibitions.4 She does, however, recommend restorers to not view variability as being totally open, notably by ensuring that it does not undermine the conceptual and material integrity of a work in which the conditions have been established by documentation.5

Combining the knowledge of the artist and the restorer

The determining role of documentation is now an integral part of these museum professionals’ activities. For example, Richard Gagnier, head of conservation at the Montreal Museum of Fine Arts, shares Pip Laurenson’s concern with maintaining a balance between respecting an artist’s instructions and exercising the restorer’s professional competency. He states that in order to ensure the long-term survival of the artwork’s material and conceptual integrity “the code of ethics of contemporary art requires the combined knowledge of the restorer and the artist.” 6

This professional stance, rooted in the collaboration between the artist and restorer and the merging of their knowledge, is also at the centre of the research project Inside Installations. Preservation, Presentation of Installation Art, which gathered restorers and conservators who work in European museums that have acquired installations.7 The aim of this research has been to lay down the conditions of continuity for this category of contemporary works by establishing protocols for their conservation and exhibition, the conditions of which are closely linked to their identity.8 The participants in this project also assigned a decisive intermediary role to documentation in establishing the components of this identity. On the one hand, they place the artist at the centre of this process by giving him or her the status of a true collaborator within their professional network. They used data gathering methods that make this project a veritable ethnographic research on artistic work. Though they received documents from the artists, most of the time the researchers held interviews in which the artists relayed information that they had never systematically set down. This allowed them to transmit knowledge that, while being of a conceptual nature, also involved know-how specific to production processes, technical equipment, and the qualities of the material used during the creation process, and that are considered essential for the authentication of their works’ exhibition, and for their overall conservation. On the other hand, this knowledge about installations was also produced through the restorers’ analysis. Their expertise was applied to the following research stages: describing the works’ material state, making a report of their exhibitions, identifying the variations this led to, and evaluating the effect on their original integrity. This information served to produce a guide for their display protocol, which includes written documents, diagrams, photographs and video images. The guide provides a detailed description of the works’ material components, their way of occupying the exhibition space, as well as a presentation of their set up stages. This is the actual script9 for these installation works, since it plays a normative role in designating their presentation methods like being the authorized version that should serve as the model for future iterations. The guide also demonstrates that the installations have led contemporary art restorers to broaden their expertise to include an installation’s display conditions, which have henceforth become a factor in their practices.

The documentation process for Thomas Hirschhorn’s Doppelgarage (2002)—acquired in 2005 by the Pinakothek der Moderne, Munich—is a telling example of the results obtained by the research project Inside Installations. Preservation, Presentation of Installation Art.10

During its inaugural display at Arndt and Partner gallery in 2003, this complex work occupied a 120 square metre space made up of two rooms linked by a corridor. Four hundred found objects or objects made with materials gleaned from the everyday life of the city were placed on the floor and walls of these rooms.11 In order to establish a conservation strategy, the Pinakothek restorers and conservators asked the following questions: should the Doppelgarage work be classified as a unique object, the authenticity of which is based on its original material integrity? Or is it a conceptual and performance-based work whose distinctive feature is its ephemerality or the deterioration of it materials? In referring to its creation process, they observed that the artist’s intention on this subject is ambiguous. On the one hand, he gave very precise instructions to his assistants regarding the form of the objects and their placement in the space, thus giving their materiality a determining role in the production of meaning. On the other, in allowing the museum to replace damaged components he did not insist on the absolute preservation of the work’s original state. The restorers consequently implemented a conservation strategy that corresponds to this artist’s position, although restoring a large portion of the installation’s elements was guided by the principle of preserving the original states of its components. The restoration team undertook a detailed description of these physical characteristics. They identified the original elements that were deemed essential to maintain the work’s integrity and its aesthetic perception, and it accepted the deterioration of materials that were judged to not radically infringe upon its material integrity. The Pinakothek’s restorer, Maike Grün, admitted however that the restorers’ documentation of the work’s state could eventually be called into question through subsequent exhibitions that may generate variations.

This restorer’s stance regarding Doppelgarage is exemplary of the decision making process concerning other installation works studied in the project Inside Installations. Preservation, Presentation of Installation Art. The approaches testify to the simultaneous application of two strategy models that aim to establish the works’ conditions for continuity. One is based on the restorers’ faithfulness to the paradigm of institutionalized conservation theory, which seeks, in so far as possible, to maintain the integrity of the work’s original state in order to preserve its historical meaning. While the other reveals receptiveness to the idea that this state is not permanently set down, though the restorer, in collaboration with the artist, must define its variability conditions. This standpoint is shared by contemporary art restorers, as is made evident by Richard Gagnier’s observation: “We make decisions concerning the work that respect the artist’s intention, while also trying to understand that which must be absolutely maintained of its original or renewable materiality in order to ensure the perennial authenticity of the work.12”

Francine Couture is an associate professor in the Art History department at UQAM. She is currently editing a book of writings on the theme of re-exhibition and the continuity of contemporary artworks, which will be published by Édition Multimonde (collection Cahiers de l’Institut du patrimoine). This publication is part of her ongoing research on the subject of exhibitions and more broadly, on the relationship between contemporary art and the art institution.